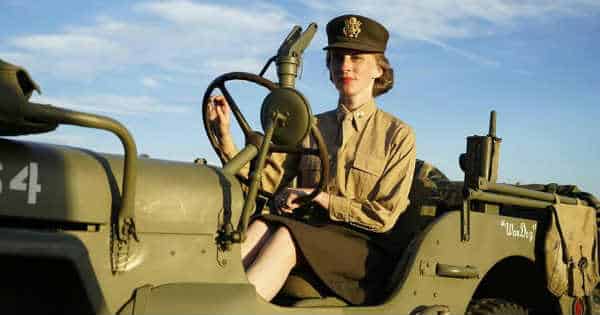 History fans, it’s that time of year, the National Park Service once again welcomes the World War II living history encampment at Fort Vancouver National Historic Site on Saturday, July 20th from 9:00 AM to 5:00 PM. This event is free and family-friendly, so mark your calendars and make this one a family affair.

The Vancouver Barracks and Fort Vancouver have a rich military history spanning over 160 years of U.S. Army presence. “During World War II this was the Vancouver Port of Embarkation, and Army units were organized, equipped, and shipped out to combat theaters in Africa, Europe, and the Pacific”, said Ranger Bob Cromwell, Supervisory Park Ranger. Actor reenactors will be all around the site dressed as members of various U.S. Army units during World War II as well as homefront works also known as “Rosie the Riveter”. Period uniforms, weapons, tents, and equipment such as truck and jeeps used will all be used to give a realistic appearance. There will be temporary exhibits set up inside the Pearson Air Museum Historic Hanger while the encampment will be set up to the west of the museum.

Guests can meander through the encampment, chat with the reenactors and get an up-close look at what went on during those days. This is a great opportunity for a little summer history education.

Guests are encouraged to park in the museum’s parking lot or on E 5th Street. For more information visit the National Park Service online.