Winter Chautauqua at the Artillery Barracks 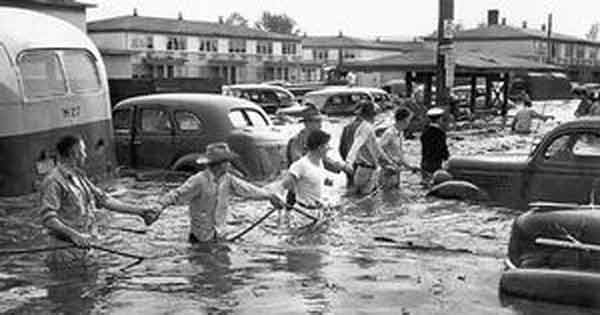 The weekend event will consist of lectures and exhibitions from the Southwest Washington NAACP, the Buffalo Soldiers/Moses Williams Northwest Chapter, and the Oregon Historical Society’s display of the impact of the 1948 Vanport Flood on the black community.

Zita Podany, author of Vanport, wrote, “Nestled in the floodplain between North Portland, Oregon, and Vancouver, Washington, was a housing project built to help house World War II shipyard workers. Its very name, Vanport, is derived from Vancouver and Portland. When the United States entered the war, the demand for ships and for workers to build those ships became a huge priority. Portland had a serious lodging shortage, so much so that these workers lived in cars, tents, parks, and whatever shelter could be found. In its heyday, Vanport was the second-largest city in Oregon with a population of over 40,000 residents. It was a city with many firsts. On May 30, 1948, it was a city that disappeared just as quickly as it came into existence, leaving a legacy that will not soon be forgotten.”

The Winter Chautauqua will be open from 10:00 AM to 4:00 PM Saturday and Sunday. A special panel will convene at 2:00 PM on February 22nd to explore ideas of:

*The devastating impact of the 1948 flood on the African-American Vanport residents.
*The unique importance of the Buffalo Soldiers 24th Infantry Regiment Company B at Fort Vancouver.
*The contributions and historical timelines of African-Americans by the NAACP.

Director of Outreach and Engagement for The Historic Trust, Richard Burrows said, “Washington’s black communities can trace roots to the years when the area was still contested by Britain and the United States, nearly a decade before the Washington Territory was created. Today, a portion of the relatively large black population in Washington can be explained by the state’s numerous military bases and the strong tradition of military service among African Americans. Issues of equality, access and economic enfranchisement have been no different in Vancouver than elsewhere in America, but we should recognize that every month is Black History Month.”

The weekend events are free to the public. For more information, please visit The Historic Trust online.