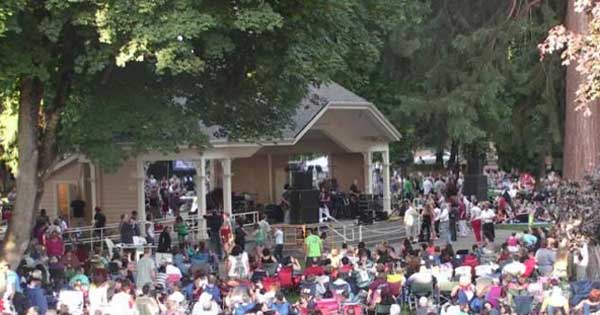 Downtown Vancouver officially kicks off summer with the Six to Sunset Concert Series in Esther Short Park on Thursday evenings from mid-July to mid-August. Take your picnic blanket or lawn chairs and unwind on a Thursday night to some great tunes. There will be several local food vendors or pack your own. Also, take advantage of the special pub in the park featuring beer and wine.

This weeks concert artist, Patrick Lamb, is known for touring and performing as the ‘saxophonist to the stars’. He has had the privilege to work with Grammy winners and luminaries such as Gino Vannelli, Bobby Caldwell, Jeff Lober Fusion, Tommy Theyer, Diane Schuur, Bobby Kimball, Alice Cooper, and Smokey Robinson. With a rap sheet like that, it’s no wonder he is another Six to Sunset favorite.

The concerts are FREE and no tickets are required.