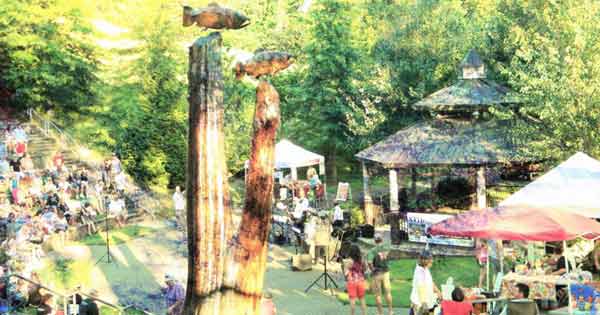 This will be the sixth season of Saturdays in the Park and will include six free concerts held at the beautiful amphitheater at Sternwheeler Park in La Center from 6:00 PM till 8:00 PM on Saturday nights, June 29th through August 10th (no concert on July 20th).

Saturdays in the Park was started by long time La Center resident Mona Bean in 2014. After a successful first season, they’ve kept it going. Every year the crowds have grown, and everyone has a great time. The concerts have included classic rock and country tribute bands, and well known original acts coming through the area on tour.

The Summer of 2019 lineup includes:

Sternwheeler Park is a natural amphitheater with tiered seating, so bring your lawn chair or a blanket and a picnic lunch. Located at 100 E 4th St, La Center, WA 98629.