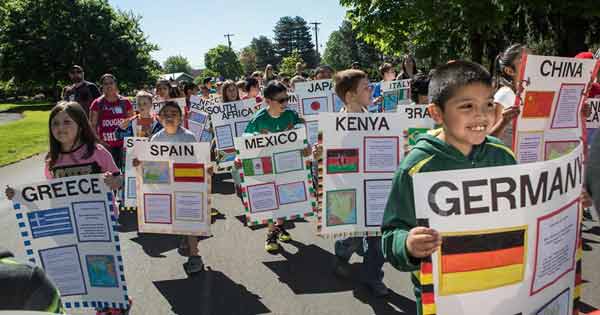 Celebrating the diversity of Vancouver, children study cultures from around the world and share what they have learned in a parade. The annual Children’s Cultural Parade will take place on Friday, May 10th from 10:00 am to 11:30 am.

These students have worked hard for months in their classrooms to study cultures from around the globe while rediscovering their family’s and their community’s cultural heritage.

The parade provides an opportunity for each child to share with the community his or her own unique culture and includes school marching bands and more than 1,600 third-grade students celebrating the community’s diversity.

The community is encouraged to line the parade route and cheer on the children from the local school districts.

After the parade, children will gather inside the fort for a presentation by park rangers and local educators.