Bears in the Caviar 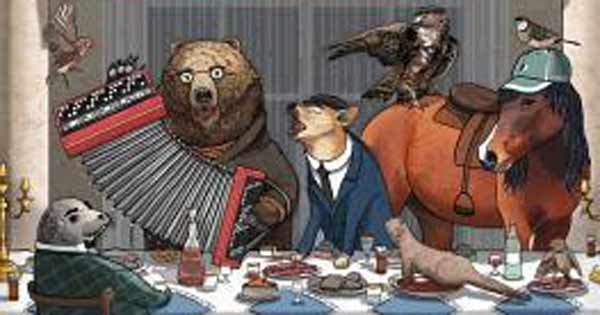 Commemorate the 1937 Chkalov transpolar flight by joining the Friends of Fort Vancouver National Historic Site and the National Park Service for a presentation given by James D. Thayer on his father’s book Bears in the Caviar.

Jim’s father, Charles W. Thayer, was a recent West Point graduate in 1933 when he became a member of the US diplomatic corps in Moscow, Russia. Charles ended up serving there from 1933 to 1937, and again from 1940 to 1942. Later in life, he wrote a memoir of his time in Russia. “It’s a fun and insightful account of his time inside the very beginning of official US-Soviet relations,” says Mary Rose, Director of the Friends of Fort Vancouver, “It is a behind-the-scenes look at public service that is rarely seen!”

Charles Thayer was an assistant to William C. Bullitt, the first American Ambassador to the Soviet Union. Thayer served at the embassy in Moscow when the world’s first transpolar flight – flown by Valery Chkalov, Georgi Baidukov and Alexander Belyakov – flew from Moscow to Vancouver, WA and landed unexpectedly at Pearson Field at 8:20 am on June 20, 1937. Mr. Thayer’s book recounts the lifestyle of people he met in Russia in the 1930s – including infamous parties – as well as events at high levels of government.

Jim Thayer shares his father’s stories and will be available to autograph books on behalf of his late father on Saturday, June 15th at 1:30 PM at the Fort Vancouver National Historic Site Visitor Center (1501 East Evergreen Blvd.). This event is free to attend. Bears in the Caviar is available for sale in the Friends’ Bookstore & Gallery ($18). Jim Thayer is the author of Hiking from Portland to the Coast and those books are also available in the bookstore.