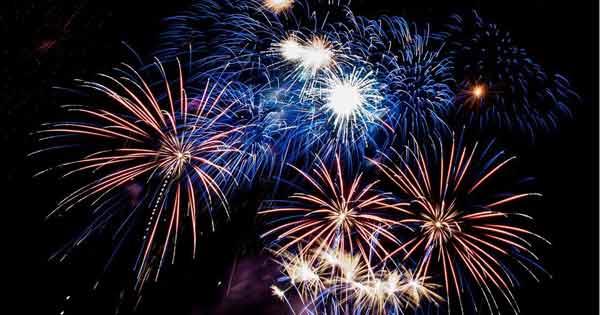 In case you missed it, your local Clark County Councilors, in a split 3-2 vote, adopted a new code to eliminate yet another long-standing Summer celebration.

Say Goodbye to the passionate display of freedom and independence that we’ve enjoyed for generations each 4th of July with friends, family, and neighbors.

Say Goodbye as well to millions of dollars in revenue each year, much of it that ends up in the coffers of local non-profit organizations and groups through fireworks sales and licensing fees.

It wasn’t meant to be this way.

John Adams, President, Founding Father, and a guy who really should know how to celebrate such a monumental day, said it eloquently, “I am apt to believe that it will be celebrated by succeeding generations as the great anniversary festival. It ought to be commemorated as the day of deliverance by solemn acts of devotion to God Almighty; it ought to be solemnized with pomp and parade, with shows, games, sports, guns, bells, bonfires, and illuminations from one end of this continent to the other, from this time forward forever more.”

I don’t think he was referencing ‘sparklers’ as celebratory illuminations.

The details of the recently adopted ordinance updates county code restricting sales, possession, and use of fireworks to those defined as “safe and sane” (their definition, not ours). The update to the code prohibits fireworks that fly, explode, or travel more than 1 foot into the air or more than 6 feet on the ground.

The updated fireworks rules apply to the entire unincorporated areas throughout Clark County and go into effect on December 1, 2021. The current rules which allow the use of fireworks not considered and labeled “safe and sane” will still apply to the December 31, 2020 – New Year’s Eve, and July 4, 2021 – Independence Day, holidays.

The Councilors who voted to eliminate this long-standing local tradition were:

They have asked for your feedback on this code update, so you should contact them at their respective email addresses, as well as at their local phone number: 564-397-2232

The current fireworks rules for Clark County and its cities are on the county website at https://clark.wa.gov/code-administration/fireworks. The web page includes an interactive map that shows what fireworks are allowed at a specific given address.

The updated county ordinance and the more than 200 public comments received by the council can be viewed on the county’s website at https://clark.wa.gov/councilors/clark-county-council-meetings under the December 1 council meeting listing.