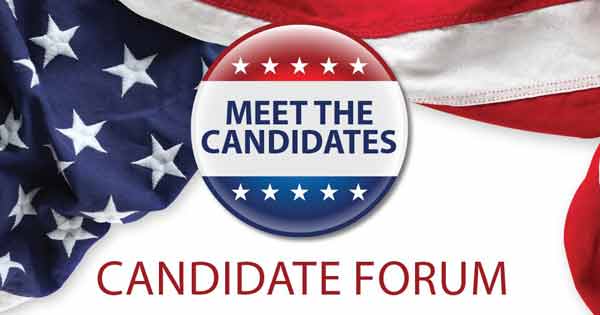 All Forums will be aired live on CVTV, streamed on cvtv.org, and available afterward at cvtv.org.

The following candidates have been invited to participate:

Overview – Why is the County Charter Review Commission Important?

There will also be a Candidate Debate for the General Election

The League of Women Voters was officially founded in Chicago in 1920, just six months before the 19th amendment was ratified and women won the vote. Formed by the suffragists of the National American Woman Suffrage Association, the League began as a “mighty political experiment” designed to help 20 million women carry out their new responsibilities as voters. “For 100 years, we have been a nonpartisan, activist, grassroots organization that believes voters should play a critical role in democracy.” ~League of Women Voters