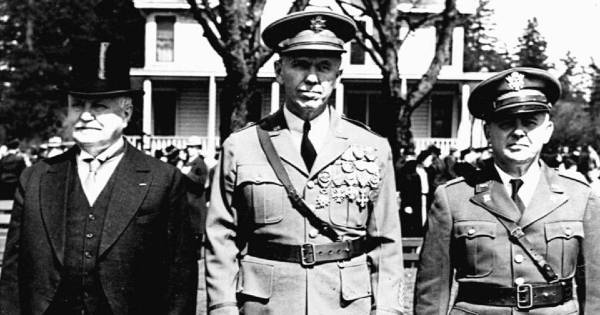 Now is your opportunity to recognize the work of young professional and youth leaders by nominating them for the Marshall Public Leadership Awards.

Adult nominees must have demonstrated leadership ability, and be 35 years of age or younger, a college graduate, a resident of Clark County, and committed to public service.

Youth nominees must be a senior in high school, a resident of Clark County, and committed to public service. They must have demonstrated leadership ability and served as a role model by motivating others to become involved.

The award ceremony will be held virtually on Tuesday, April 27th, at 7 pm. This year’s ceremony will feature all 2021 candidates and keynote speaker Lt. Gen. (Ret.) Keith W. Dayton U.S. Army, Director of the George C. Marshall European Center for Security Studies in Garmisch, Germany. To learn more about this event and reserve your tickets visit the Historic Trust.

The awards were created in cooperation with the Marshall Foundation in Lexington, Virginia to commemorate General Marshall’s two-year residence at Vancouver Barracks, as well as honor the legacy of this world statesman. The award has been presented to young professionals since 1989, and to high school youth since 2001.

General Marshall is considered one of our nation’s most brilliant, innovative and effective leaders ever. Marshall was defined by his strong character, reputation for honesty, commitment to facing tough problems, capacity for hard work, eye for detail, optimism, and selfless service.

While stationed at Vancouver Barracks from 1936 to 1938, General Marshall supervised Civilian Conversation Corps District “F.” Marshall oversaw 27 camps in Oregon and SW Washington and believed that the program prepared “young men for a position in civil life as a self-respecting, self-supporting citizen.